My wife needed a case for something. It didn't really need to be protective, the only requirement was that it needed to pretty much seal when closed (nice tight fit), it needed to custom fit what she wanted to store in it, and she wanted it to look nice.

The first thing I did was to create the container in Rhino so that it contained all the necessary mechanical component such as the hinges, and inside supports for what she wanted to store in it. Then I exported images of the elevation views to use in illustrator.

In illustrator I used the elevation views of the container to essentially act as an aspect ratio guide. Since I was working in vector it didn't need to fit the size exactly it simply needed to maintain the aspect ratio of each side respectively. I did the filigree design for the sides in illustrator, then I exported high-res. bitmaps as black and white alphas to be used in ZBrush.

In ZBrush the first thing I did was fixed some topology issues that came from converting to a quad mesh in Rhino. Pretty much all o0f the issues where where the hinges and the container meet. It seems rhino just had problems calculating that junction. Rhino did produce a couple good hinges out of 12 so I was able to simply copy the good hinges and then manually reattached them to the mesh.

Next I subdivided the mesh to about 25M polys total (the bottom piece and the top piece). This gave just enough resolution, but I would have subdivided one more time if I could have. I just don't think my system would have been able to handle 100M polys.

Next I attempted to use the new-ish ba-relief features, but I just wasn't getting the results I wanted from it so I ended up just using spotlight and a soft brush with low intensity to gradually paint the design into the mesh. Once I was finished I decimated the mesh down to around 100K polys to be sliced in Cura.

The hinge is designed by using a part of a jumbo paper clip (2 mm diameter) with the ends bent over. The other thing I realized was that it would be good to have some sort of hinge stop to prevent the lid from just freely rotating. This would stop the lid a little bit past perpendicular to the ground rather than all the way until it was essentially resting on the ground plane. 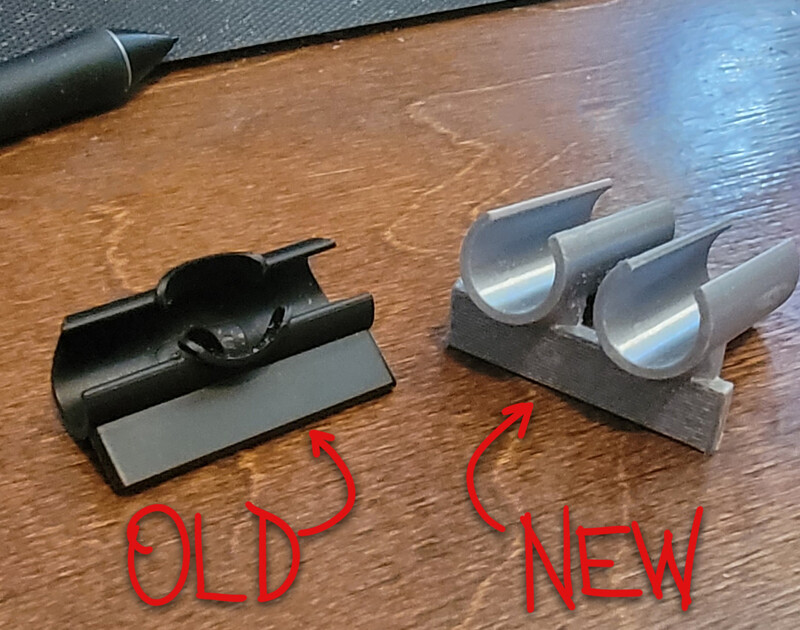 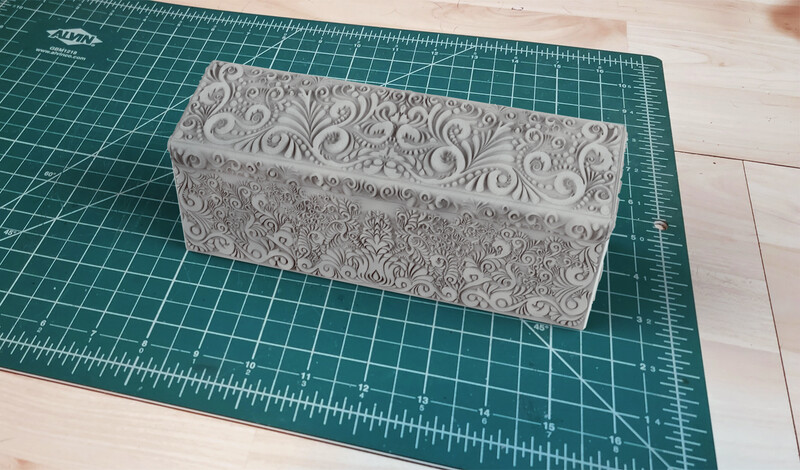 Back to album
3D Printing
0